Outdoor Dog Run: Everything You Need To Know

Disclaimer: We sometimes use affiliate links in our content. This won’t cost you anything and keeps Dogs of Australia free from annoying ads. Thanks for your support! Learn more

Outdoor dog runs can be a bit like crates, a controversial topic. They aren’t themselves cruel but like anything it depends on how they are used. The important factor here is that the dog gets enough mental and physical stimulation, as well as time with the family when they’re not in the dog run.

In any case, if you’re looking into dog runs because you’re overwhelmed and struggling with behavioural issues, it’s best to discuss your problems with your vet or a qualified dog trainer. Your dog may suffer from an underlying health condition or just needs a different training approach rather than an outdoor dog run.

Why do people use dog runs?

Dog runs are often used by dog parents who can’t leave their dog(s) alone inside the house for a variety of reasons.

It may be that they have two dogs who don’t get along great with each other when left alone.

Or the polar opposite – they have two dogs who get along so well with each other that they would destroy the house while playing all day.

Some people have a single dog that can’t be left to roam free alone in the house, and they may choose to give them more space in a dog run rather than crating them.

It may be required by someone’s council that they have a dog run.

There really are lots of reasons why someone may opt for them. And a lot of the time a well exercised dog who enjoys being outside and spends enough quality time with their family will do ok in a dog run. Some will not, and that’s ok too. There’ll be something more suitable you can do instead, it’s just a matter of figuring out what it is.

When setting up a dog run outside, these are the key considerations to think about other than which one to buy: This versatile dog kennel is so big it has multiple uses: playing, exercising, training, or simply keeping your dog safe outside. 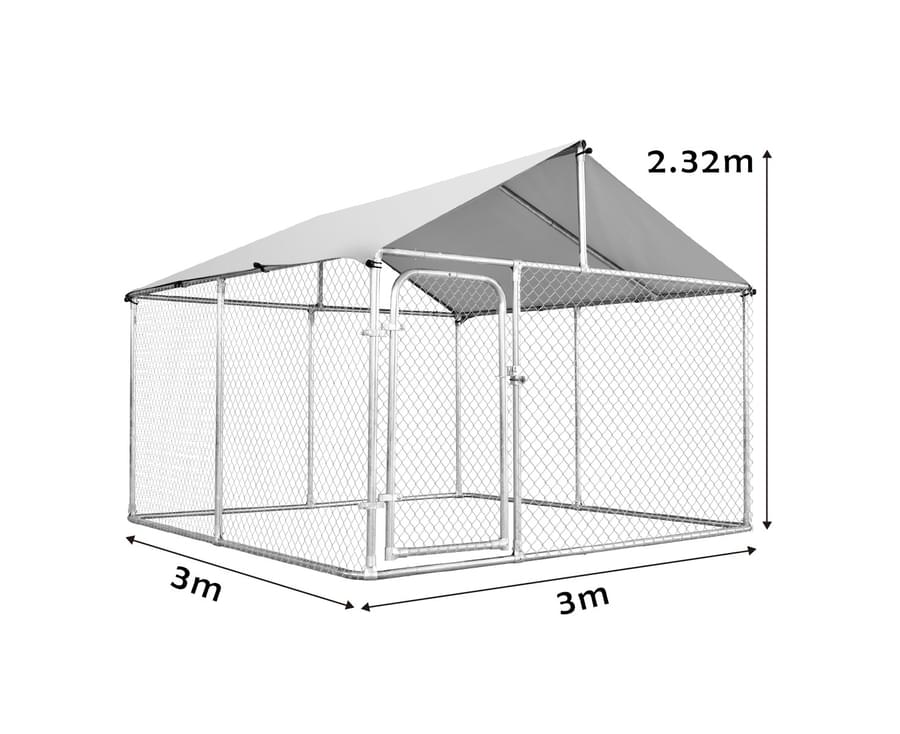 This steel outdoor dog run is designed to keep your dog safe with a waterproof cover that protects from sun, rain, and snow. What Are Healthy Dog Treats?